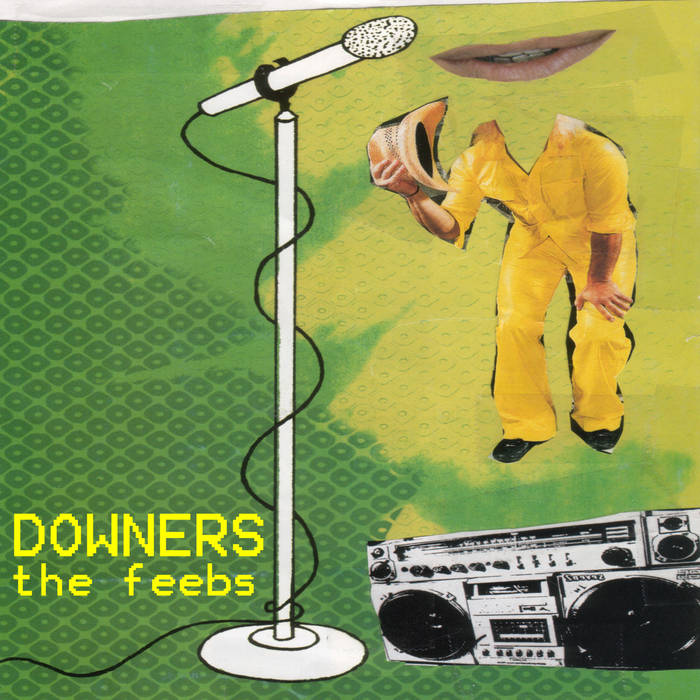 DOWNERS, recorded in 2003, is the long awaited follow-up to the Feebs' anthology "I'm Afraid of Life." Suppressed for half a decade by the Feebs' Jim O'Shaughnessy (who often makes grand statements like "I'm never releasing this" and "I'm done recording music"), the album finally saw the light of day in 2008.

Recorded at little ease studios in Portland, Oregon, DOWNERS' has been declared the Feebs' "Like Flies on Sherbert", Alex Chilton's alternately praised and reviled document of untethered rock and roll havoc.

DOWNERS is full of manifestos to no one; theses on the invisible labor; amplified and crushing, with melodies that pierce the noise like light through a fist.

The Feebs' music has been described as "personal, varied, strongly based on traditional songwriting virtues but full of invention and fresh as can be." It's also been described as sounding like it was "recorded in the bathroom." Founding member of the seminal 80s Long Island, NY basement band The Martyrs, Jim O'Shaughnessy began recording as The Feebs in 1994 while living in North Carolina. A return to NY was followed by a none-too-soon relocation to Portland, Oregon where he recorded in his basement, dubbed Little Ease Studios. An obsession with the sounds of his favorite music (Costello, Westerberg, Beach Boys) inspires his own work. He plays all the instruments (guitar, bass, keyboards, lap steel, drums, an odd assortment of percussion, penny whistle, keymonica, etc., etc.) and records it all on a digital 8-track, which he tries as hard as possible to make sound like his old busted 4-track.

DOWNERS was the first release by Sleeping Brothers Records.