by The Pink Lights 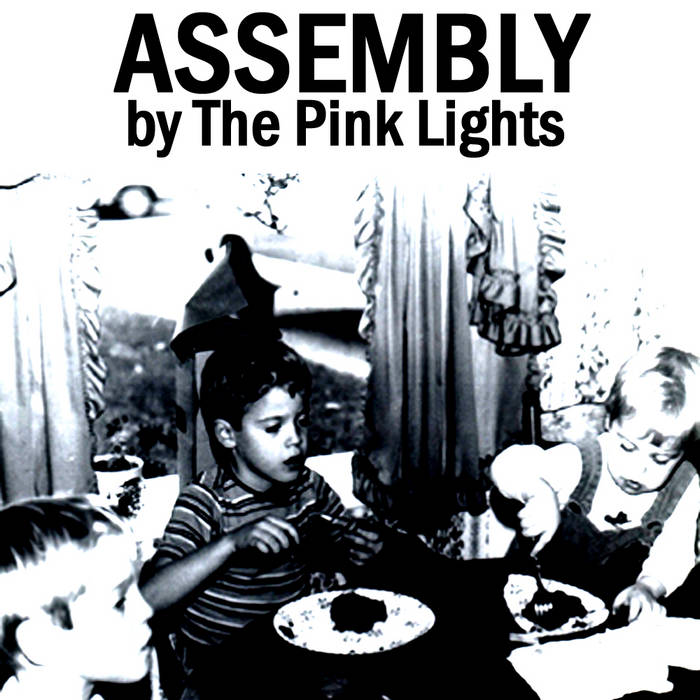 Lo- to mid-fi power-pop/folk/country/noise about thunderstorms, buffalo, furniture, copper mines, and the ocean at the end of the world.

Initial recordings for "Assembly" occurred at Front Room Studios (Portland). Vox and overdubs recorded at Little Ease Studio (Portland) and Sleeping Brothers Studios (Milwaukie). Recorded during the late winter/early spring of 2012 on a Fostex MR8 HD Multitracker with two or three Sam Ash microphones on the floor. Many cups of coffee were consumed during the creation of this album. Album design by Savannah. Transportation/inspiration provided by Erin (Oh yeah! All right!). Gratitude heaped upon our mother, the Original Rock n' Roll Mom, for 25 years of putting up with this racket in her home.

The Pink Lights are Jim O'Shaughnessy, Pete O'Shaughnessy and Mike O'Shaughnessy. Unknown indie veterans from late-80s Long Island, NY home recording scene, now settled in Portland, OR. Jim and Mike began their semi-career with The Martyrs in '87. In the mid-90s, Jim formed The Feebs, while Mike recorded as The Throats. They've also recorded albums under the noms de musique Pizazz, Heirs to the McQueen Fortune and The Sleeping Brothers. Pete contributed vocals to a few of these earlier projects before deciding to learn drums and give Jim and Mike's music some gusto. The Pink Lights still record in the living room.