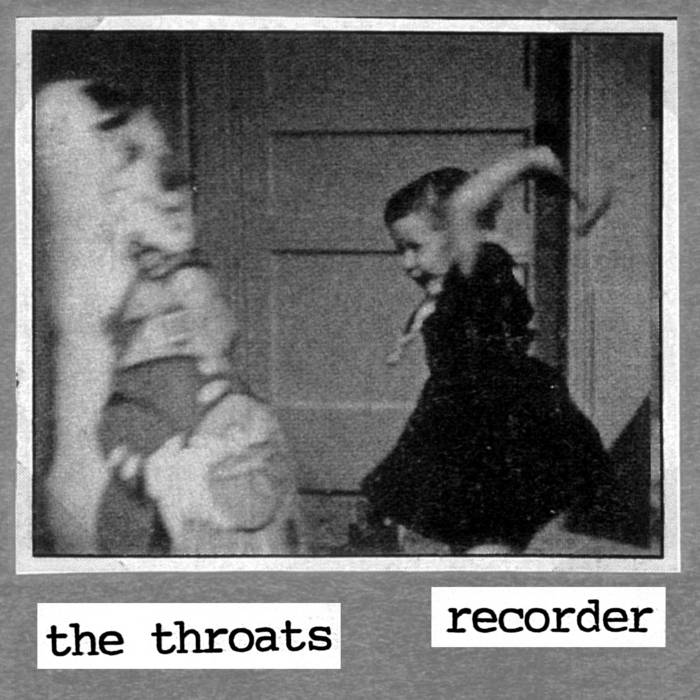 "Recorder" is the Throats' first album, lovingly preserved on cassette tape. Mike employs what would quickly become his standard instrument set-up: acoustic guitar, electric guitar, organ, tin can percussion, and other noise-making devices. There was no bass. He also sped up and slowed down the 4-track often. Oh, and put the volume way up and sang from a distance. It was obviously recorded in the house he was living in. Special thanks to Gallo wine, Food Lion cookies and a lot of free time.

Notes for Reissue: The remastered 18th anniversary edition of The Throats' debut Recorder lacks six of the original tracks; the master tapes of four of these are presumably unlabelled, dormant in the cassette archives. The other two, upon revisiting, are lackluster. They may one day resurface. A few outtakes from this recording period have been included. In addition, the original cassette indicated the song titles in lower case, as was popular in the early 90s (especially if one read a lot of Bukowski), so we'll stick with that. The Throats was in his mid-20s, so the songs exude a combination of post-teenage angst and fumbled surrealism, a style from which he has not yet deviated (except the angst is "post-fortysomething").