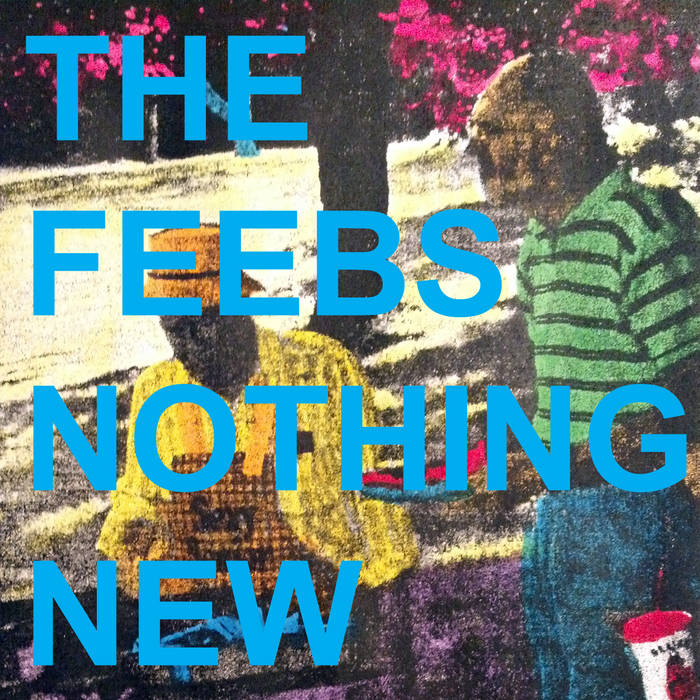 Originally released as part of the "Sexy Senior Citizen" triple ep, along with songs by The Throats and Pizazz (issued as bcr024 in 1999) on cassette. "Nothing New" features four classics recorded by The Feebs at Little Ease Studios. Frank Witner, pres. of SBR, describes it as "morbidly uplifting", adding, "by the way, what is that shit kids are listening to on the radio these days? It sure ain't the fuckin' Feebs!"

The Feebs' music has been described as "personal, varied, strongly based on traditional songwriting virtues but full of invention and fresh as can be." It's also been described as sounding like it was "recorded in the bathroom." Founding member of the seminal 80s Long Island, NY basement band The Martyrs, Jim O'Shaughnessy began recording as The Feebs in 1994 while living in North Carolina. A return to NY was followed by a none-too-soon relocation to Portland, Oregon where he recorded in his basement, dubbed Little Ease Studios. An obsession with the sounds of his favorite music (Costello, Westerberg, Beach Boys) inspires his own work. He plays all the instruments (guitar, bass, keyboards, lap steel, drums, an odd assortment of percussion, penny whistle, keymonica, etc., etc.) and records it all on a digital 8-track, which he tries as hard as possible to make sound like his old busted 4-track.